Unlike traditional storage mediums, a Solid-state drive (SSD) is a new generation of storage device used in computers. SSDs simply use flash-based memory, which is far faster than a mechanical hard disk. Traditionally, data was stored primarily on mechanical hard drives and these hard disk drives (HDDs) are mostly based on moving parts, like a read/write head that goes back and forth to gather data. The new SSD work completely differently. They use a memory chip called NAND flash, which has no moving parts and near-instant access times. Rather than a magnetic platter, files are saved on a grid of NAND flash cells and each grid which is also called a block can store between 256 KB and 4MB. In SSD data is stored in integrated circuits. Which is different from HDDs and it also has a lot of implications, especially in size and performance. Without the need for a spinning disk, SSDs can reduce to the shape and size of a stick of gum (known as the M.2 form factor) or even as small as postage stamp. It has a capacity that how much data they can hold and makes them flexible for smaller devices, such as slim laptops, convertibles, or 2 in 1s. SSDs dramatically reduce access time since users don’t have to wait for magnetic platter rotation to start.

Initially, In terms of cost, SSDs are more expensive than HDDs per amount of storage (in gigabytes and terabytes), but the gap is closing as SSD prices decline at a faster pace than HDD prices year over year. The data storage industry is expected to witness an increase in its consumption over the next couple of years. In order to fulfill this massive need, the two leading storage solutions, namely hard disk drives and solid-state drives, have emerged as the ones to use.

According to the report title “Global Solid-State Drive (SSD) Outlook, 2027”, published by Bonafide Research, the Solid-State Drive reached more than $40 Billion in the year 2021. It is expected to expand at a compound annual growth rate (CAGR) of 17% from 2022 to 2027. Region-wise, Asia Pacific contributed the highest market share approx. 40% shares of the global market. The Increasing popularity of crypto currencies such as Bitcoin has resulted in shortages of graphics cards as crypto miners buy them in bulk. The new crypto currency is called Chia, which is developing on peer-to-peer Bit Torrent protocol and uses a proof of space-time model rather than a proof of work model. It means Chia relies on storage instated of processing performance to mine, and it means a lot less wasted electricity in the process and required more storage capacity. Increasing online storage services and providing fast and cheaper solution for storage require less need for high-capacity local storage. Therefore models with less storage capacity with SSD gaining popularity in the market. In the global market, By Storage size, under the 500 GB dominating in 2021 and contributing more than 50%.

Impact of Covid-19 on Solid-State Drive Market:
In 2020, a sudden outbreak of the COVID-19 pandemic has disrupted the supply chain globally. In the same year, the growth of the market reported was decreasing due to the imposition of lockdown in almost all the major countries and halted manufacturing activities resulting in delayed production.

By End User of Solid-State Drive in the report:
• Client SSD
• Enterprise SSD
• Others

By Interface in the report:
• SATA
• SAS
• PCIE

The approach of the report:
This report consists of a combined approach of primary as well as secondary research. Initially, secondary research was used to get an understanding of the market and listing out the companies that are present in the market. The secondary research consists of third party sources such as press releases, annual report of companies, analyzing the government generated reports and databases. After gathering the data from secondary sources primary research was conducted by making telephonic interviews with the leading players about how the market is functioning. Post this we have started doing primary calls to industry people by equally segmenting in regional aspects, tier aspects, age group, and gender. Once we have primary data with us we have started verifying the details obtained from secondary sources.

Intended audience
This report can be useful to industry manufactures, consultants, Key vendors related to Digital Storage industry. In addition to marketing & presentations, it will also increase competitive knowledge about the industry. 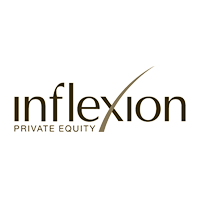