The Pros of Props- A Potential Global Growth of 12%: Bonafide Research

The Pros of Props- A Potential Global Growth of 12%: Bonafide Research 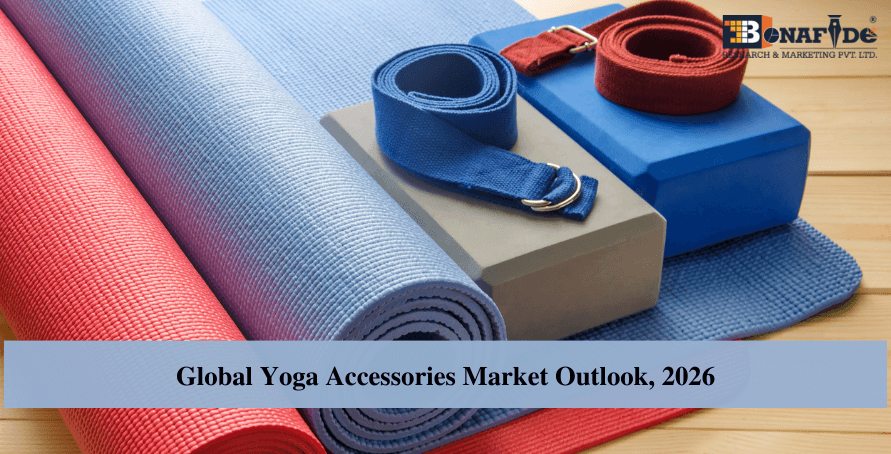 The biggest myth about yoga accessories among the practitioners is that the use is restricted only to beginners or is a sign of being weak. A false perception about the use of props makes it easier to do the asanas. But the truth is another way around. With basic education of the props, one can enhance their yoga poses greatly. Yoga accessories are not a new concept, as they were used for decades now. The only change is their commercialization and customization. The recent publication by Bonafide Research, named Global Yoga Accessories Market Outlook, 2026, studies about this aiding props market at global level, segmented into by product type, by sales channel, by region & countries.

Yoga accessories allow the practitioners to tailor their practice to the specifications of the body shape and structure. This helps them to achieve a proper alignment rather than struggling to force the body. In addition to being prevention from injuries, a good alignment allows the body to get more from each asana. Such beneficial allowed the market to grow to USD 10498.56 Million in 2015. The growth in the market was very evident after the official inauguration of International Yoga Day in the same year. With the new invention of newer forms of yoga, certain poses are beneficial only with the use of props. Also, it is proved that they make progression a little less intimidating. With the increasing knowledge about yoga accessories, the global market is to grow with an anticipated CAGR of 12.10%.

Even though the forms of yoga changed, what remained unchanged is the use of a mat. With the increasing popularity of yoga, the mats have become more solid and textured. People are now more concerned about the quality of the mat as they now understand how important it is in maintaining balance and right posture. Even though the yoga mat segment rules the market, it accounted for around 90% of the market share along with the yoga clothing segment. The marketers are focusing on making yoga clothes made with a polyester-nylon-spandex blend which is also preferred as these fabrics offer the right balance of comfort, breathability, and flexibility. The introduction of straps is a lifesaver for practitioners with tight hamstrings and shoulders, as it can aid them to achieve poses without compromising the body form and getting into a deeper stretch. By the end of the forecasted period, the strap segment is likely to be crossing a value of USD 648.50 Million.

With the increase in popularity of yoga, there has been an upspring in many modern practice forms like beer yoga, goat yoga, Broga, hot yoga, etc. to name a few. While the types continue to diversify, the need for accessories is to keep growing. This is to allow fierce competition among the different sales channels, and with the offline sales channel growing at an anticipated CAGR of 11.80%.

Yoga being in practice since the 5th century B.C.E. there has been much reluctance among the experts to blend it with the technological advancements. However, there are hi-tech mats with sensors that help in tracking breathing and heartbeat rate. But what hinders is the fact that as the practice increases, the internal sensor system will make the body aware of being connected to the mat and thus hampering the productivity and the reliance on the outcome.