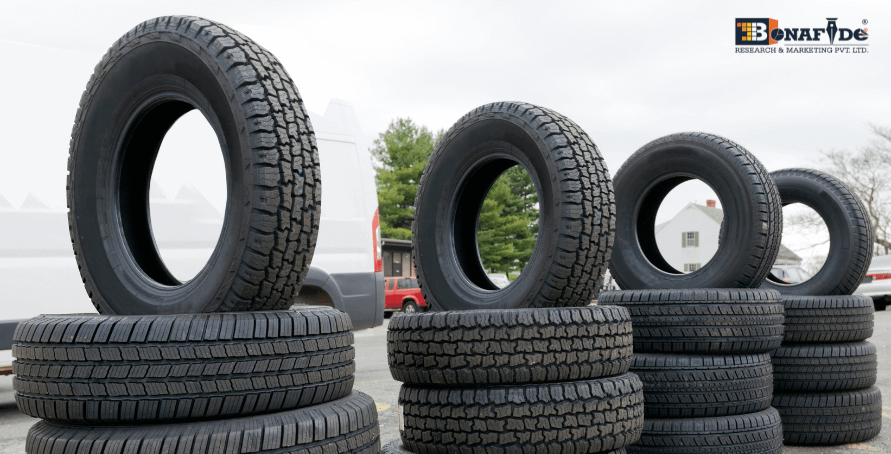 Tires are one of the most essential parts of any passenger or commercial automotive vehicle. The essence of mobility lies in the usage of wheels and Tires and hence the quality and functionality of Tires become inevitably important. As the automotive industry is looking at the next big leap in form of transition to electric vehicles, the growth of the Tire market is expected to get a fresh momentum to expand. Tires are however a kind of product which are heavily dependent and characteristically provide very limited scope for innovation. The Tire market is heavily dependent on the performance of the automotive industry, as the primary utility of Tires is majorly applicable for the functioning of automotive vehicles. As passenger and commercial vehicles underwent significant innovation, research, and development over the last few decades, the Tires also underwent significant scientific and engineering research to improve their durability and improve the riding and driving experience of the passengers. The significantly crucial role of Tires can be easily overlooked as rightfully, the major emphasis for ease of transport is always laid upon the kind of vehicle used, its engine, etc. But it is imperative to know that Tires also complement the performance of the vehicle not just from a comfort standpoint, but also mileage and durability of the vehicle parts.

The major innovation in Tires took place when radial Tires came into the market. Radial Tires were heavily popularized offering more comfort due to even contact of tread with the road. The radial Tires are still marketed stating this edge over bias ply Tires along with other benefits such as lesser fuel consumption, improved durability, and maneuverability. According to the study conducted by Bonafide Research, which is titled, “Global Tire Market Overview, 2027”, it was observed that patterns skew towards the adoption of radial Tires globally. During the historic period of 2016 to 2021, it was observed that the radial Tire growth rate exceeded the bias-ply growth rate by roughly 2 percentage point and it has been further forecasted that the radial Tires will be growing at around 8% CAGR from 2022 to 2027. Globally it has also been observed that the 2 wheeler automotive and passenger cars are currently driving the growth of the market for radial Tires whereas medium and heavy vehicles continue to use bias Tires for their strength greater strength resulting out of specific structure and design. Not just for radial Tires, passenger cars are very prominent in driving the sales of Tires globally. However, in many emerging economies, eg. India, China, Brazil, Columbia, etc. other vehicle tires such as 3 wheeler tires are also quite prominent.

The share tires as per vehicles also fall in line with what kind of vehicles the residents of an economy buy as their disposable income rises. In more developed regions such as North America and Europe, the first choice of personal vehicle that the choice to buy is passenger cars. Similarly in developing regions such as the Asia Pacific and South America, the customers choose to buy 2 wheelers as their vehicles, reflecting a similar trend in their respective Tire market. Increasing sales of passenger, luxury, and electric vehicles (EVs) on account of rapid urbanization and expanding purchasing power of individuals represent one of the major factors positively influencing the demand for tires around the world. In addition, the rising focus on driver and passenger safety and the growing number of fatal road accidents are catalyzing the demand for premium quality tires that have a longer operational life, enhanced stability and reliability, and high puncture resistance.
The manufacturers that make tires are developing a system called "Contact Area Information Sensing" (CAIS), which consists of a sensor mounted to the internal wall of the tire and monitors the sensor's interactions with the road's surface. The technology analyzes the state of the road to determine whether it is dry, wet, slushy, fresh snow, or icy, and then transmits that information in real-time to the driver via a digital screen. The ability to exchange data with other vehicles that are similarly networked would allow CAIS technology, which is currently used by tire manufacturers, to become more advanced. This might enable the vehicle to foresee the actions of the automobile in front. In the future, CAIS may connect air pressure data with air pressure sensors and provide information on tread wear. To improve performance and productivity on the one hand and to lessen the miner's exposure to risks, BKT has also implemented automated equipment and monitoring systems. The SPOTech (Satellite Performance Optimization Technology) monitoring system is designed to take measurements of variables such as average/maximum speed, cycle times, lateral/vertical/longitudinal forces, percent grade, and other relevant data that can be used to optimize haul road construction and resolve problems with tire operation such as uneven wear, belt contour separations, and heat buildup.

North America is one of the most matured regional markets in the global Tire landscape. Being home to one of the biggest economies in the world- the USA, the region’s Tire market is driven by its highly developed automotive sector. The region is one of the biggest importers of Tires from the rest of the world. With a well-penetrated vehicle market in the region, the Tire market’s performance is fairly stable in the region. North America has a well penetrated automotive market which keeps its allied Tire market stable. Also, the region is home to some of the major Tire companies in the world such as Goodyear Tires and Cooper Tires. USA, Canada, and Mexico’s trade alliances also facilitate the trade of automotive components in the region including Tires. North America is a major hub for automotive manufacturing. The US, for a long time, was not only the biggest trendsetter of the automotive industry in the North American region, but the manufacturing process of the automotive sector in the USA was also the benchmark for the industry in other regions. Although many of the global players have shifted their production and manufacturing facilities to the Asia-Pacific region to reduce costs, the US and Mexico continue to be major hubs for automotive production and assembly. Historically the staggering performance of the automotive sector in North America has also resulted in higher demand for allied products such as Tires.

The Asia Pacific as a region is one of the most dynamic regions in the world seeing an incredibly rapid growth rate. As the economies are expanding and the personal incomes with households are growing in the region, vehicle ownership of vehicles growing exponentially. The Tire market is bolstered with the growing automotive sector both in OEM demand and replacement demand. As the global automotive industry has strategically focused on the Asia Pacific region for manufacturing and assembly, the region is a major market for driving the OEM demand globally. Following the trend, major American and European Tire companies have also shifted their production facilities to the East. However, these international brands face tremendously high competition from the regional brands that were expanding outwards. In India, companies like Apollo Tires, JK, CEAT, etc. have a stronghold on their market shares and drive the high growth potential Tire market in India. Companies like Michelin, Goodyear, and Bridgestone, etc. find it remarkably difficult to compete with these organizations which have grown with their indigenous expertise.

Today, with increasing interest in environmental conservation, a variety of eco-friendly cars like hydrogen cars and electric cars are being developed. Accordingly, Tires that increase fuel saving and thus help protect the environment are also in development. European companies have shaped the trend for the global Tire market historically and have played a major role in how we commute today. Today the names Michelin and Dunlop, Pirelli, and other major European Tires companies have an unparalleled influence in the global Tire market primarily because, of the rich legacy that they have been carrying since the inception of the industry itself.

South American economies have been facing structural issues in the economies for the past decade. However, as the economies are getting gradually stable and recovering from the disruption from the Covid-19, the region is poised to be a strategic avenue for automotive production in the West. As the standard of living improves, vehicles are expected to penetrate the market further. South America is one of the worst-hit regions due to the unprecedented Covid-19 pandemic. The regions had been growing sluggishly for the past few years and the outbreak caused an enormously adverse effect on the economic and social conditions. However, despite the major impact of the pandemic, the economic outlook for South America is expected to improve this year. The automotive industry in the region faced challenges instability posed by the economic condition. Mexican automotive sector reflected similar patterns compared to Brazil in automotive sales trend in the past year, whereas, Argentina was severely hit due to economic instability and high inflation rates which had an adverse effect on the Tire market in the region. 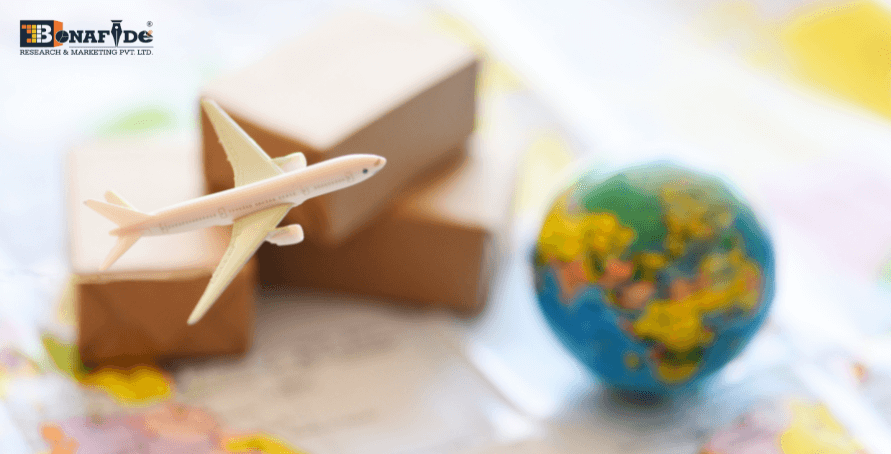 Due to GST implementation, global players will now touch the Indian ground in the express logistics market: Bonafide Research

Government initiatives to develop the infrastructure will speed up the growth for express logistics industry in India: Bonafide Research 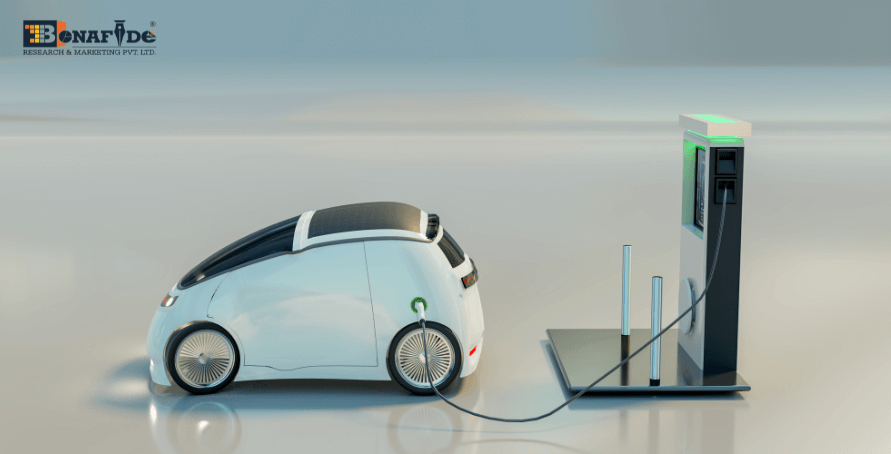 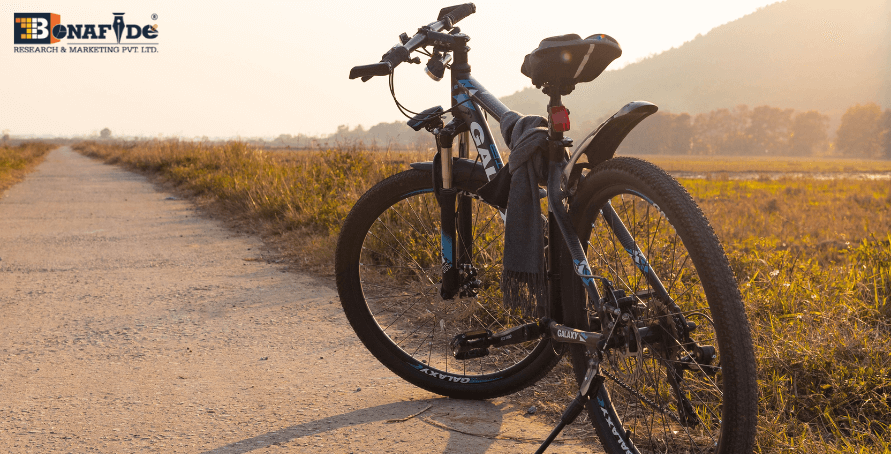 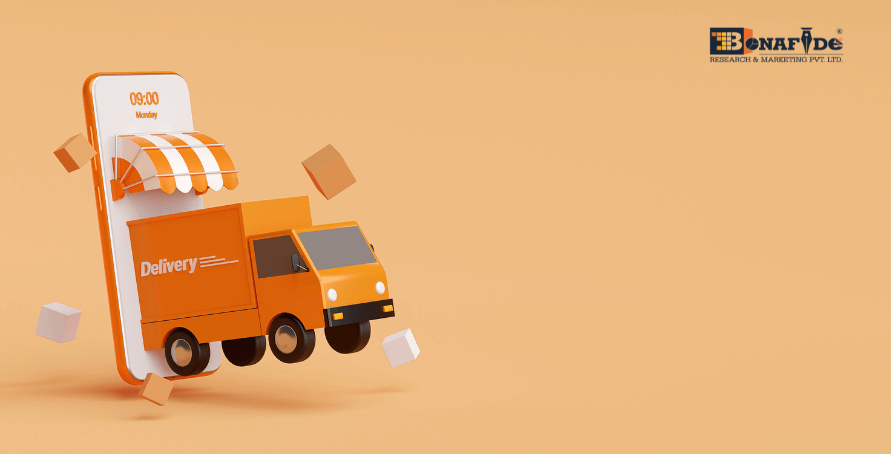