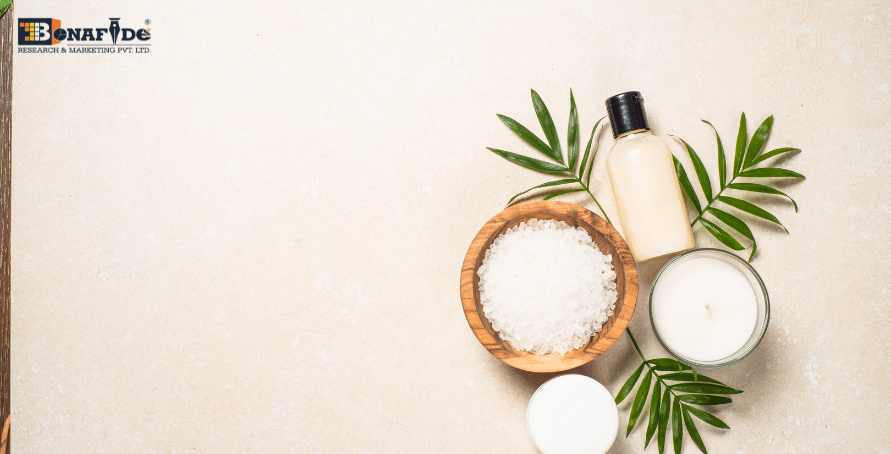 A very obvious desire to look younger among people creates the demand for products which can enhance their skin with a full dose of freshness. Many people exhibit signs of skin damage as early as their thirties. Signs of ageing result in the form of wrinkles, fine lines, dull skin, loose skin, red or brown spots, and so much more. Individuals’ perceptions towards this ageing are likely to change as people are becoming more aware of their looks than before. Furthermore, the innovation in products can make customers more demanding as their one demand is satisfied and another is discovered.

According to the report, "India Facial Cream and Gels Market Outlook, 2027-28" published by Bonafide Research, the market is projected to grow at more than 9% CAGR during the forecast period, obtaining a market size of near INR 20500 Crore by 2027-28.

The total market of facial creams and gels is made up of fairness creams, anti-ageing creams, antiseptic creams, cold or winter creams, and some others. Fairness and anti-aging creams contributed nearly two-thirds of the total market share and are expected to contribute the same share in the near future, but the relative share of fairness creams will decrease and anti-aging creams will increase. On the other hand, natural or herbal products are in style. Some companies are there to serve this niche market. This market is further segmented by sales and distribution channel. It is very important to have an effective channel of distribution as cost reduction through this channel can give benefit to the company. The facial creams and gels market considers the whole market segmented by three main distribution channels: traditional retail, modern retail, and online. As a major part of India is still under development, rural areas are not showing much possibility for modern retail. Traditional retailers serve more than half the market for facial creams and gels, where e-commerce is still at a surviving stage. But in the near future, there is estimation that use of technology will increase, which gives gear to e-commerce.

Consider the demographic profile of the Indian population; India is the youngest country as a major part of the population is young people. These youngsters will turn older in the near future. The desire to look younger drives the growth of the anti-aging cream market in India. Most people love the winter season as the atmosphere gets colder and better than on hot, sunny and cloudy days. But considering environmental changes, the atmosphere in winter is harsher and harder than in previous years. And it is gradually growing to be more harsh and hard. This cold atmosphere has a direct impact on human skin, especially on the face, which is the most obvious worry on those days. However, marketers are being pushed to provide innovative products that meet specific consumer needs. There is a cold or winter cream available on the market that can protect the skin from being hard by moisturizing it. Thus, one can enjoy the coolness of the winter season without harming their skin.

The major brands which offer creams for winter are Pond’s and Nivea, with more than half the market share of the cold or winter cream market in India. There is significant growth in the market in the near future as environmental changes coupled with rising disposable income of individuals strive for market growth. In addition to that, brands offering anti-ageing creams are Olay and Pond's, which have jointly served more than half of the anti-ageing cream market. In addition to that, the growing awareness of innovative offerings also encourages the market's growth in the near future.

On the other hand, the market share of the antiseptic cream market is likely to be reduced by year 2022–23 as technology advancement in medical science is considered. Furthermore, people are not willing to use antiseptic cream on their faces. Other creams are BB cream, i.e. beauty balm or blemish balm, CC cream, i.e. color correction cream, fade cream, which is used to reduce the appearance of facial scars and blemishes, face moisturizer, anti-marks cream, day cream, night cream, etc.

The significance of the mouth as part of our health is often overlooked and underappreciated, which needs to change in the upcoming timeframe. – Bonafide Research

The e-cigarette market is expected to grow at a 19.41% CAGR during the forecast period, with North America dominating in 2022 owing to rising awareness about e-cigarettes being safer than traditional cigarettes, especially among the younger population.

Customers' growing concerns about personal hygiene as a result of the COVID-19 Impact, as well as rising demand for high-quality sanitary ware products around the world, are driving the global market. – Bonafide Research

The influence of the bathroom fitter on bathroom essentials as well as brand recognition is expected to achieve higher market growth in the global bathroom fittings market with a 7.56% CAGR due to changes in consumer behavior and increasing disposable inc

Owing to the Covid-19 pandemic, skate-boarding’s popularity has skyrocketed as health and fitness awareness is increasing across the globe, which will boost the market's growth and register a 3.88% CAGR. – Bonafide Research

Dominated by Asia-Pacific, the global ski gear & equipments market is expected to reach USD 2900 Million by 2028 with the CAGR of 3.34%. - Bonafide Research