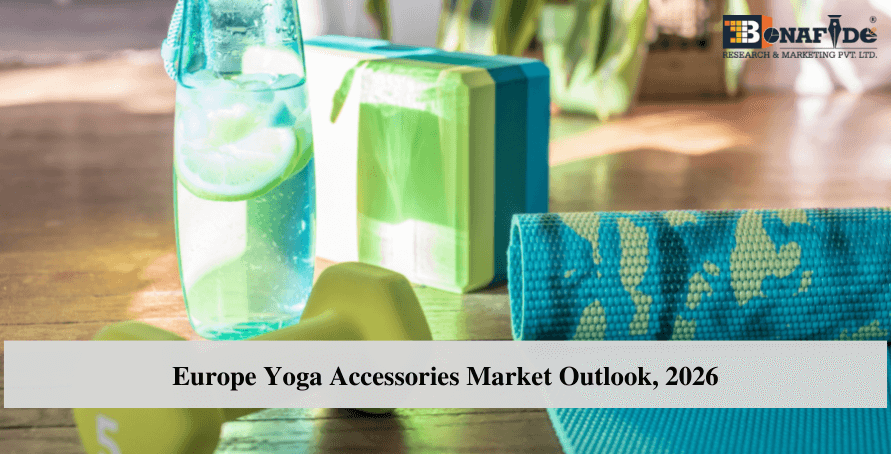 Indeed, the Eiffel Tower, Colosseum, and the ring of Big Ben are breathtaking views, but the recent view in these wonders are people trying to calm themselves through yoga breathing exercises. The Old Continent attracts millions of visitors every year, yogis and non-yogis alike. And while yoga retreats in Europe might not have the same ancient tradition as the ones in Asia, but have aided the growth of yoga accessories tremendously. They spice up yoga when added to the European culture and the magnificence of the cities. A yoga holiday in Europe is the perfect excuse to visit the tourist destinations, see all the renowned attractions with their own eyes, and enjoy their delicious cuisine. The recent publication by Bonafide Research, named Europe Yoga Accessories Market Outlook, 2026, studies about this aiding props market at global level, segmented into by product type, by sales channel, and by countries.

One of the major reasons for increasing attraction towards yoga is the rise in the obese population in the region. The health benefits associated with yoga practice are driving the yoga market in the region. The increasing geriatric population has been clear support to the market growth, as they prefer Yoga to be milder when compared to the gym and other forms of exercise. This allowed the overall yoga accessories market to reach a value of USD 3118.66 Million in 2015. With the increasing wellness tourism, the market for yoga props is likely to be growing at an anticipated CAGR of 11% in the coming period.

As much the tourists prefer to spend more time on outdoor yoga, the localities are more drawn towards the fitness boutiques. Such yoga studios are the main inspiration for people to purchase more yoga accessories in order to improvise their style. Of all the major yoga accessories, the mat is the most demanded among people. The region has been a clear dominance of the yoga mat segment holding nearly over 50% of the market share. Tables turned with the ban on studios and public gatherings due to the Covid outbreak. This made people purchase more accessories to practice the same at their homes. The market is to witness visibly a high growth rate in the yoga blocks segment, which is expected to grow with a CAGR of 12.69%.

It is an obvious fact that the online shopping trend is much upsprung in the region. Turing in numbers, the region saw the second most digital commerce growth was recorded in the fitness segment. UK and France are the top two countries when considering the e-commerce market. However, with the increase in the impulsive buying behavior of the tourist, the offline market is expected to grow with a CAGR of 10.98%. The major attraction of the yoga retreat tourism is the products of local artisans, which included dye yoga clothes and printed yoga mats.

In the UK, “yoga” was one of Google’s most searched-for words in 2016, with over 10,000 yoga teachers having an average salary of ?27.54 per hour, with a lot of around 30,000 yoga classes taught each week. After hiking, cycling, running, and swimming, now yoga is the most popular recreational sport in Germany. All the beauty and peacefulness make the country an ideal yoga destination, where around three million people regularly practice yoga, 90% of whom are women. Yoga caught on in Italy rather recently, as the country is becoming more and more of a tourist haven. Italy is a country that’s passionate about tradition and yoga teachers there largely follow the ancient method of transmission that emphasizes not only technique but yogic spirituality and lifestyle.