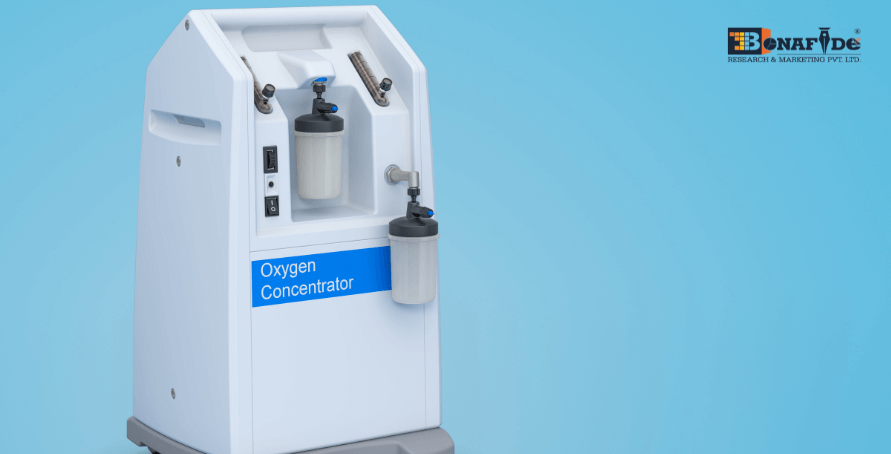 The global market for medical oxygen concentrator is primarily driven by the rising prevalence of respiratory disorders, such as asthma, lung cancer, cystic fibrosis, emphysema, mesothelioma, pulmonary hypertension, and tuberculosis and chronic obstructive pulmonary diseases. This is further being supported by the increasing geriatric population and rapid technological advancements in the miniaturization of the oxygen concentrators. The market is also driven by the rapid outbreak of the Covid-19 pandemic on the global level. Patients with COVID-19 who have an oxygen concentration lower than 90% should be provided with oxygen therapy to avoid further health deterioration. The research report titled “Global Medical Oxygen Concentrators Market Outlook, 2027”, published by Bonafide Research categorizes the market to forecast the revenues and analyze the trends in each of the following segments: based on product type, based on technology, based on end users, based on region, countries & major companies.

The suitability of concentrators for the developing world is still in question, and a realistic appraisal of the role of concentrators in different contexts is needed, along with user-friendly guidance to assist decision-making. Since the respiratory diseases can be easily carried conveniently, they are gaining widespread preference across the healthcare sector. Also, patients already suffering from pulmonary disorders require these medical devices to maintain an adequate concentration of oxygen. This, coupled with the rising demand for portable oxygen sources from intensive care units, is providing an impetus to the market growth. The market in the year 2021 was valued to USD  2.38 Billion. Some of the other factors contributing to the market growth include the launch of POCs with improved battery life and miniaturized membrane technologies, extensive research and development activities and the continual developments in the healthcare infrastructure. The market is expected to grow over an anticipated CAGR of 2.56%. Rising government initiatives in developed and developing economies is expected to influence the market growth potential. For instance, the Department of Health in UAE launched chronic respiratory disease awareness program to enhance early detection rate, disease management and provide quality treatment for respiratory diseases across the country. Such awareness programs provide knowledge about advanced therapies and equipment that are being used in the disease treatment.

According to the WHO, there are around 300 Million people suffering from asthma, which can be cited as an important growth factor for the oxygen concentrators, particularly the oxygen cylinder segment which held a market share of over 47% in 2021.  Additionally, introduction of novel oxygen concentrators by prominent companies offering portability with enhanced technology will further impact and influence the growth of the portable oxygen concentrators market. The portable cylinder segment is expected to have an anticipated CAGR of over 9%, through the forecasted period. The oxygen therapy sector is evolving speedily with the incorporation of new technologies in the currently available products. These new devices have rectified some problems that were responsible for the side-effects related with the oxygen flow. Lately, new devices have been designed that automatically regulate oxygen stream rates to the requirements of each patient, for maintaining constant oxygen-saturation levels. Such closed-loop arrangements can potentially decrease medical error, reduce morbidity and mortality, and decrease care costs. Moreover, the market's growth is fueled by an increase in the number of people exposed to indoor air pollution and an increase in the number of active smokers. This will provide beneficial opportunities for the portable oxygen concentrators market growth. Further, rising adoption rate of advanced technologies and increase in the number of emerging markets will further provide beneficial opportunities for the portable oxygen concentrators market growth during the forecast period. The advance of continuous-flow technology has carried out major improvements in the working of medical oxygen concentrators. Technologies such as pulse dose technology are also expected to open up new avenues for the creators of oxygen concentrators. Convenience like high mobility, better comfort, improved technologies, and increased efficiencies presented by the technology will enhance its demand in the near future.

In contrast to the general perception, the non home care accounted to 46% of the market share in 2016, declining gradually. Over the past several years, there have been some tremendous breakthroughs in the area of long-term oxygen therapy from home. Growing elderly population base prone to several cardiopulmonary diseases further impels the demand for homecare medical oxygen concentrators.

North America dominates the oxygen therapy equipment market and has a major share of revenue and is expected to maintain its position in the forecast period. Increasing end users and increasing awareness of the benefits of oxygen therapy in hospitals are factors driving the growth of the target market. Asia Pacific is anticipated to be the most lucrative market during the forecast period. Key factors fuelling regional market growth include rapidly increasing geriatric population and prevalence of lung disorders.

Out of the 20 countries that smoke the most cigarettes, 15 of them are entirely or partially in Europe. The Europe market for oxygen concentrators was led by Germany, which along with the UK and France accounted for half of the market share. These aggressive smoking behaviors in the region have indirectly lead a road for the oxygen concentrator market in the region to grow. A significant increase in the number of people opting for oxygen therapy is expected to incline in the region. Thirty out of every 100 European adults smoke every day and one of every ten adult smokers will die from tobacco smoking; a higher ratio of 1:15 is found in Eastern Europe. The region has COPD, lung cancer, and pneumonia as the three leading contributors to respiratory mortality in Europe. In 2020, the nonhome care segment including hospitals, ambulatory surgical centers, and & physician offices was valued to higher than 44% of the total market. With increasing affordability in the region, home health care has gained enough popularity in the region.

Asia Pacific medical oxygen concentrators market was led by China, the origin of Covid-19 and is followed closely by India. Apart from Covid, a growing number of people suffering from respiratory diseases coupled with technological advancements in the device will drive Asia Pacific medical oxygen concentrator market. The increasing geriatric population base and growing adoption of unhealthy habits such as cigarette smoking are the common factors responsible for the market growth over the coming years. High pollution levels in China & India will accelerate the incidence rate of respiratory disease in the coming future, thereby fuelling the industry growth. Not only does India depend on China for concentrators, even the few Indian companies that make concentrators depend on China for their raw materials.

Talking about the South American region the lack of basic support for an oxygen manufacturing plant forced the critical patients to the door of death. Good infrastructure, skilled technicians, and break-free electricity were just on papers for the oxygen manufacturing plants in the region. The majority of the existing plants could not justify their full capacity, for instance, White Martins- one of the main medical oxygen providers in Brazil operated at half capacity. Only after deaths averaged 50 a day did the government say it would build 73 oxygen plants in the state. Within a month, 26 were up and running. Many oxygen suppliers in the region had dramatically raised their prices, as much as by 10 times, which is more than the average monthly wage and a critically ill patient could need up to four cylinders a day. However, with the international donations, various nations in the region sustained, yet issues of the oxygen being not pure enough for the critical patients crawling up.

The prevalence of asthma is high in the region of Middle East and Africa , with increasing rates of severe asthma in adolescents. Underdiagnosis is a major concern and reduction in exposure to environmental factors, particularly smoking, and improved socioeconomic development is needed. The WHO recommendation of one concentrator to every 10–15 beds was followed, with one backup concentrator added. The need for a continuous power supply and the tendency of concentrators to break down were problematic. Hospitals have been using unprecedented amounts of oxygen during the wave of Covid-19, and producers have scrambled to keep them in stock. The region is dominated by Saudi Arabia, which has been showing a drastic decline over the period, holding to around 18% in 2021. South Africa accounted for the least of the market, hardly managing a single-digit share till 2023. 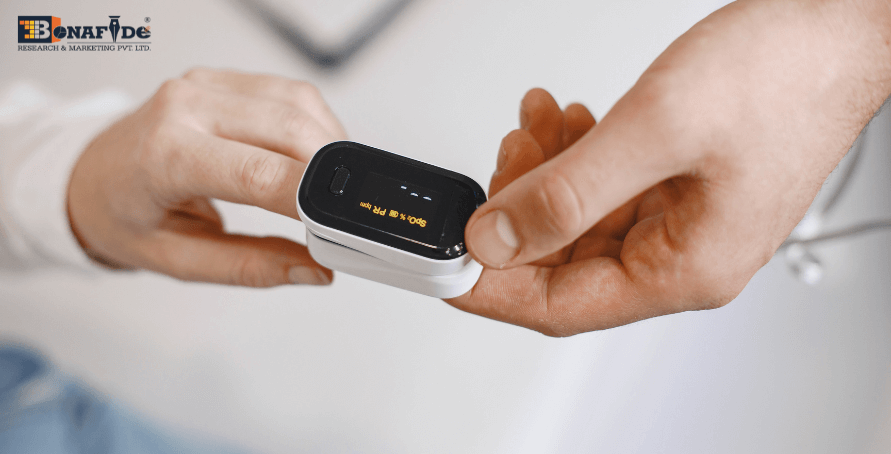 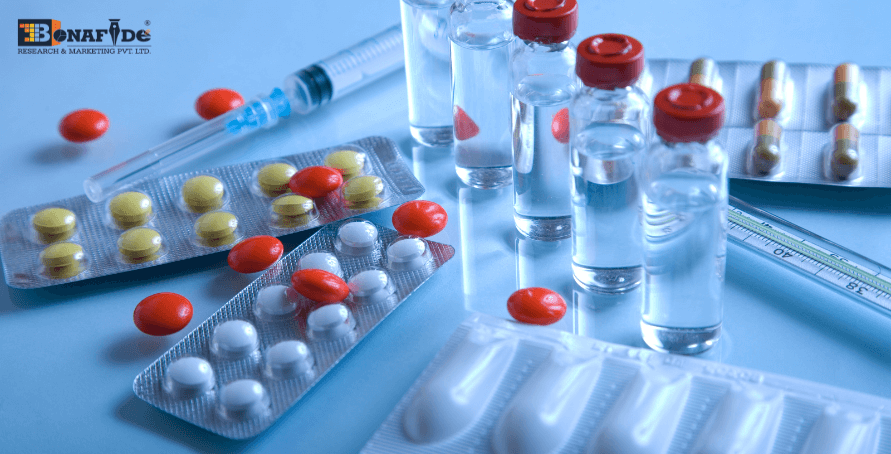 Active pharmaceutical ingredients, which are core to the manufacturing of effective and safe essential drugs, are increasingly adopted across the globe. 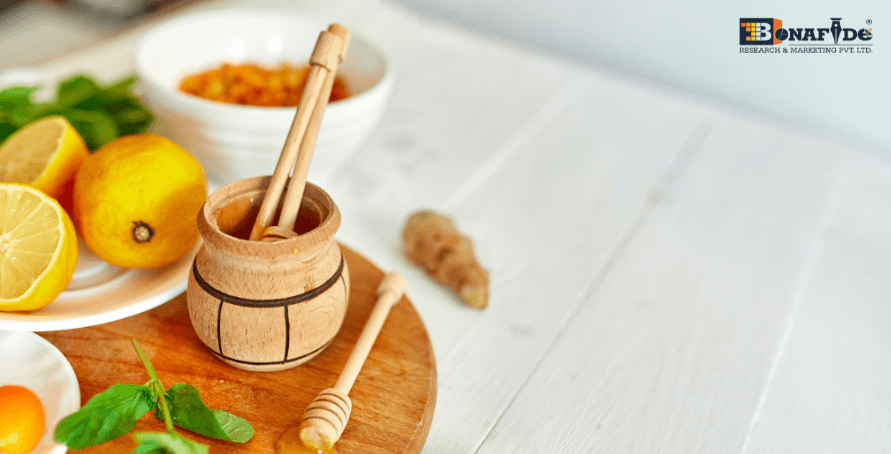 The change in the preference can be considered as the major driver in the Ayurvedic Immunity Booster market. 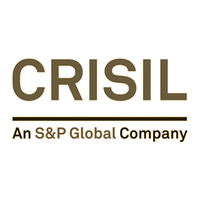 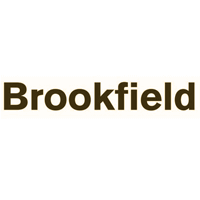