India walking away from all the global market trends in mattress industry. - Bonafide Research

India walking away from all the global market trends in mattress industry. - Bonafide Research 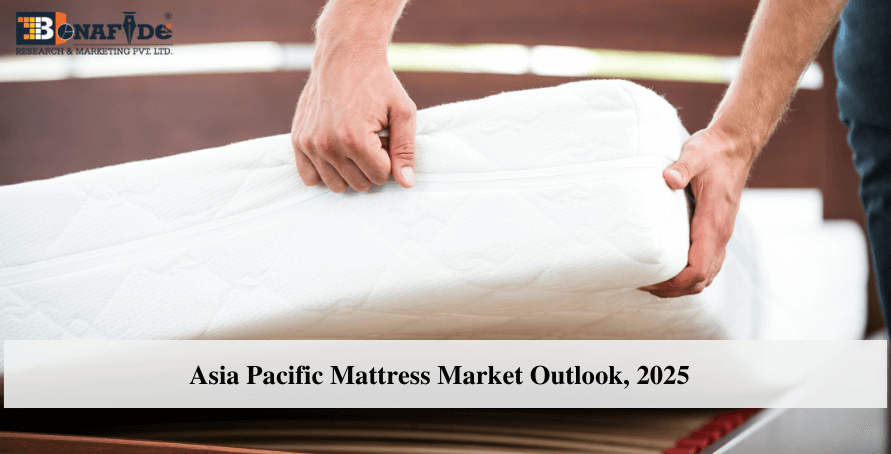 Asia leading the global mattress market with the highest share of more than 35% in the year 2019. The mattress market was recorded at 9.33 Billion in the year 2014, according to the report published Bonafide Research- Asia Pacific Mattress Market Outlook, 2020-25. The incline in the market due to the increasing globalization and adaption of western culture in the region is to allow the market to grow with a CAGR of more than 10% in the forecasted period. Escalating expenditure in product innovation with the availability of various types of mattresses in emerging economies supported by ever-changing consumers' sleeping patterns and changing demand for types of mattresses has been anticipated to infuse growth in the market for mattresses during the forecasted period.

The mattress market is driven by rising in the number of households, followed by an increase in the hotel industry, change in consumer preference, increase in innovative technologies, growth in demand for hybrid & gel-filled mattresses, favourable government policies, rise in the homeownership rate, and increase in disposable income & change in lifestyle. The major countries in the region have a high dominance of the unorganized market, which is slowly declining with the advancement in online retail. The dominating offline retail segment was recorded to have a share of less than 95% in the year 2019.

The growth of the mattress market in Asia-Pacific can be attributed to the increasing demand for home furnishings because of rapid urbanization and a growing middle class. Increasing per capita disposable incomes have led to the rising sales of a luxury mattress. In the late 19th century, coil spring mattresses became more available and preferred in the Southeast Asia region. Evidently, the innerspring mattress has been dominating the market, showing the lowest growth rate contributing to more than 40% by the year 2025. With the increasing adaptation of westernization in the region, the other forms of mattresses, majorly memory foam mattresses started gaining popularity. India, a major contributor to the Asia market, unlike the other countries, has a high dominance of memory foam mattresses, accounting for USD 1.30 Billion by the end of the forecasted period.

China was the major contributor to the revenues of the Asia Pacific mattress market with a colossal contribution of over 50% in 2019. China has the second-largest market for mattresses globally after the US. At present, there is a significant rise in the demand for various home furnishings products, such as mattresses, pillowcases, and bed linens, on account of the increasing construction of residential in the region. The key players are focusing on introducing organic mattresses made by utilizing natural and environment-friendly raw materials, such as wool, natural latex, and organic cotton. However, because of the outbreak of Covid-19, and the consequent lockdowns and disruptions in the supply chain, the overall sales of mattresses have declined in the short term. It is expected to increase once it regains normalcy.