The Contributions by the global and governmental organizations will bring awareness, driving the hand sanitizer market of the Latin America and Middle East African Region: Bonafide Research

The Contributions by the global and governmental organizations will bring awareness, driving the hand sanitizer market of the Latin America and Middle East African Region: Bonafide Research 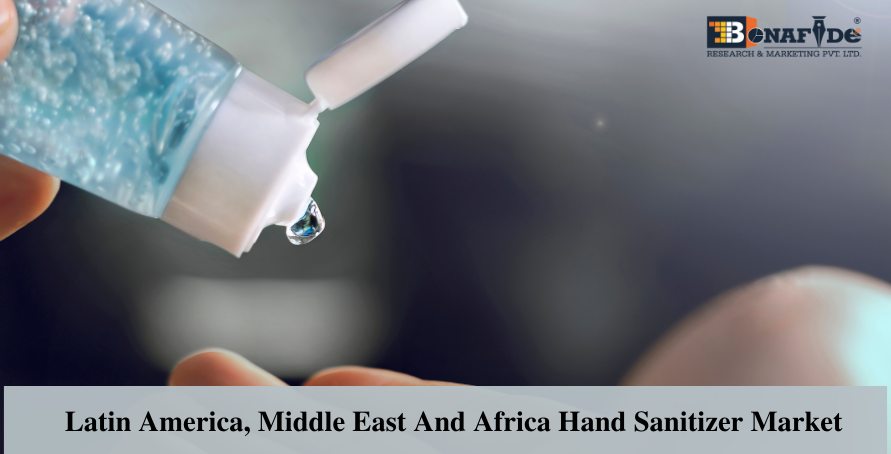 Most of the parts of the Latin America and Middle East Africa are lacking the awareness about the hand sanitizers but the governmental and global organizations are encouraging the people to maintain hand hygiene which will in return grow the demand for hand sanitizers in the markets.
Hand sanitizers are coming forward as one of the effective hand hygiene products in the world. Traditionally, their usage was misjudged as they were largely used where frequent hand washing could not be carried out but with the increasing rate of the pandemics such as flu, influenza, bird flu, swine flu, and the most recent one COVID 19 coronavirus disease, people are becoming more conscious on maintaining their hand hygiene as hands are the primary source of virus transmission. But some regions such as Latin America, the Middle East and Africa are lacking behind the awareness about hand hygiene. This has resulted in the spreading of many diseases in such regions. Moreover, the disposable income of Africa and Latin American countries is also low which makes the consumer to avoid huge expenses on hygiene products such as hand sanitizers which reduces the demand in the market.
The global pandemic COVID 19 Coronavirus disease has kept the world in danger losing many lives. In such conditions of international emergency, many global organizations such as FDA, World Health Organization (WHO) are making efforts to bring awareness among the people and also encourage them to use hand hygiene products such as hand sanitizers. As per the latest results from the World health organization, total confirmed cases of the coronavirus disease reach up to a number of 2241359 cases with deaths ranging to a value of 152551. Out of the total confirmed cases, more than 5000 cases are from the region of Latin America and Middle East Africa with a number of deaths rising to a number of more than 7000. This is a frightening factor for the world and the world needs to unite to fight the disease. The world health organization has assessed the disease to be at a level of high risk.
Latin America is a region where economic recessions have accounted a lesser disposable income of the people. On the other side, African countries have a less educated population which is also lacking behind the hygiene. The middle east countries are still a believer in traditional methods which make them less conscious about the new products. Altogether, these regions need improvement and encouragement by means of marketing campaigns, seminars, etc.
As per the market research report entitled, “Latin America & Middle East Africa Hand Sanitizer market by segment (Alcohol & Non-alcohol), by Product (Gel, liquid, foam, spray, others-hand sanitizing wipes), by country (Brazil, Argentina, Chile, UAE, South Africa and Rest of Latin America & Middle East Africa), market outlook, 2025.”, Published by Bonafide Research, the hand sanitizer market is expected to account a considerable market value in the next few years with a consistent growth rate. As per Vedant Pandya, Research Analyst at Bonafide Research, “The Latin America and Middle East Africa is a region where the hand sanitizers are still a new product in the market as people here are less aware of them. Moreover, the disposable income of the people is still less which prevents them to spend their income on hygiene products such as hand sanitizers. But the campaigning by global organizations such as the world health organization is expected to encourage the people and bring awareness to them to start switching to hygiene products such as hand sanitizers which will in return, increase their demand in the market driving it to the future prospects.” Thus, encouragement plays a vital role in driving the hand sanitizer markets in these regions.
The World Health Organization (WHO) conducts regular campaigns in the regions of Latin America and Middle East Africa encouraging the people to use hand sanitizers. Recently, WHO installed dispensers in government schools and signboards which shows the methods of maintaining hand hygiene. In this way, it makes the children of these areas take part in such activities which will make them aware of the products such as hand sanitizers. Moreover, WHO and other organizations have all partnered with the government initiatives in these regions encouraging the people and bringing awareness about the hand sanitizers.