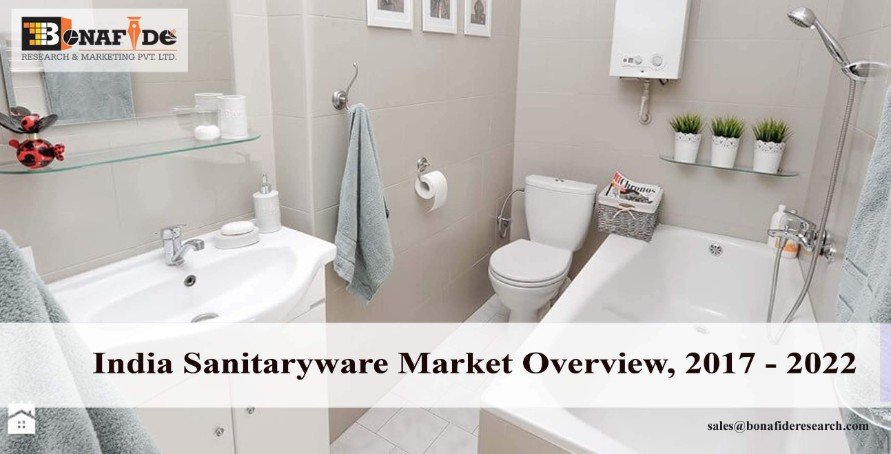 The flood of Chinese goods have been worrying Indian sanitaryware manufacturers; particularly small scale manufacturers as these products are available at lower prices forcing the Indian manufactures to lower down the loss and in many instances ending up by shutting down the business. The government has been trying to counter these disadvantages by levying antidumping duties time to time. But the new taxation regime, by its design is likely to break the interstate supply chain of cheap Chinese sanitaryware products. China is producing far more than its existing consumption level of ceramic products, invariably with the aim to export its surplus production to other countries. India is one of the biggest markets which are flooded by Chinese imports. The domestic ceramic sanitaryware manufacturers are not able to pass on the rise in input costs to consumers due to emerging competition from low priced Chinese products which adversely impact their profitability. India sanitaryware market consists of organized and unorganized sector. The big players in the organized sector are able to withstand such moves but the small scale manufacturers from organized and unorganized sectors are severely traumatized by these Chinese products. The Government is taking various measures from time to time to help these players survive the impact like imposing antidumping duty for short duration ranging for up to six months. Such interventions are hectic and time consuming and are based on special requests from various committees and associations like ASSOCHAM. According to recently published report of Bonafide Research "India Sanitaryware Market Overview, 2017-2022" the Goods and Services Tax (GST) is having an interesting China connection. The country's transformational tax reform may turn out to be a strong deterrent to cheap Chinese imports in India and is likely to break the interstate supply chain of cheap Chinese products. The sanitaryware market consists of a major part of cheap imports from China, which are distributed through unregistered and cash-based trading networks spread across India. As GST will put an end to unregistered interstate movement of goods, the traders of Chinese products will come under the scanner. Additionally, traders under exemption and incentive schemes can't be allowed to go for interstate trade. Therefore, supplies of cheap imports to the upcountry from regional trading centres won't be possible without going through the GST network. Chinese goods may lose their price advantage if they move through the GST network after paying prescribed duties. The government has placed ceramic sanitaryware in higher tax brackets of GST as an apparent measure to curb Chinese dumping. However, the GST is a double-edged sword as it may firewall cheap imports but may not make domestic production cheaper for small scale industry due to heavy taxes on several products with steep cost of compliance. Major companies operating in the sanitaryware market of India are Hindustan Sanitary Ware India Limited, Cera Sanitaryware Limited, Roca Bathroom Products Private Limited, Kohler India Corporation Private Limited and Duravit India Private Limited.

US demand acceleration to allow the North America Nonwoven market to grow over 6.3%: Bonafide Research

Asia-Pacific to lead the global non-woven market with more than 6% CAGR: Bonafide Research

Marketers bringing in technological investments to allow the MEA nonwoven market to grow at 7%: Bonafide Research