Air Cooling Systems market is anticipated to get double by 2021: Bonafide Research

Air Cooling Systems market is anticipated to get double by 2021: Bonafide Research 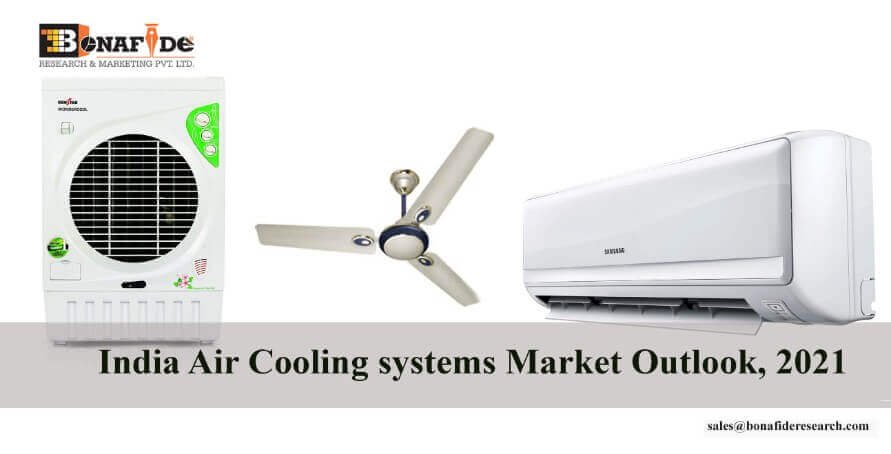 Consumers moving towards branded products, affordable pricing, aggressive promotions, after sales services and strong distribution networks will drive the sales of air cooling systems. According to recently published report of Bonafide Research "India Air Cooling Systems Market Outlook, 2021", air cooling systems market is growing with a CAGR of more than 9% over last five years. Fan market saw the largest growth as it is a mature and well established industry. Air conditioners and air coolers are also fast catching up the market, especially branded air coolers. Unorganized sector is still huge in air cooler and fan industry; hence local/cheap brands are giving tough competition to organized players. But now there is a shift in consumer mindset from low priced cheap/local products to branded ones. One of the major opportunities through this changing mindset is conversion of sales from unorganized sector. Moreover, local air cooling products consume more electricity than the branded ones which is also a reason of changing consumer preferences. The air conditioning market consists of product categories such as central plant systems, VRF systems, packaged/ducted systems as well as room air conditioners. The market is mainly driven by the increasing demand of room air conditioners in residential and commercial areas. Most of the current market for air conditioning systems is concentrated in Tier-I and Tier-II cities where construction activity is the highest. Inverter technology is the latest evolution in the air-conditioning industry and has emerged as the fastest growing category, destined for growth in coming years. Also, split air-conditioners have tremendously outgrown window ACs in recent years. On the other hand, air coolers like desert, room, tower-type and personal coolers are also becoming increasingly popular in the country. Air coolers consume 90% less electricity as compared to an air conditioner and in a country like India where electricity rates are so high; this factor tends to be a very important one. Due to global warming the demand for air coolers is going up considerably and new demand is emerging from even relatively colder regions. Moreover, air cooler will soon secure a prime spot among high-end consumers apart from current mid-income customers. The fan market primarily includes the ceiling and table fans along with the modified versions like the pedestal fans, wall fans, exhaust fans, cooling fans or fresher fans etc. India being a humid country, electric fan is an essential item for the lower to middle class people of the country. With the housing sector growing at a rapid rate and the disposable incomes at a high rate, the demand for electric fans will also continue to grow. Manufacturers are widening their modern trade market network to penetrate with better space. Online platforms like Snapdeal, Flipkart, Amazon, etc. are also being explored by the players to increase the visibility of their brands in the market. Organized players are taking significant steps to ensure consumer satisfaction and are not only providing good quality but also backing it up with good after sales service.